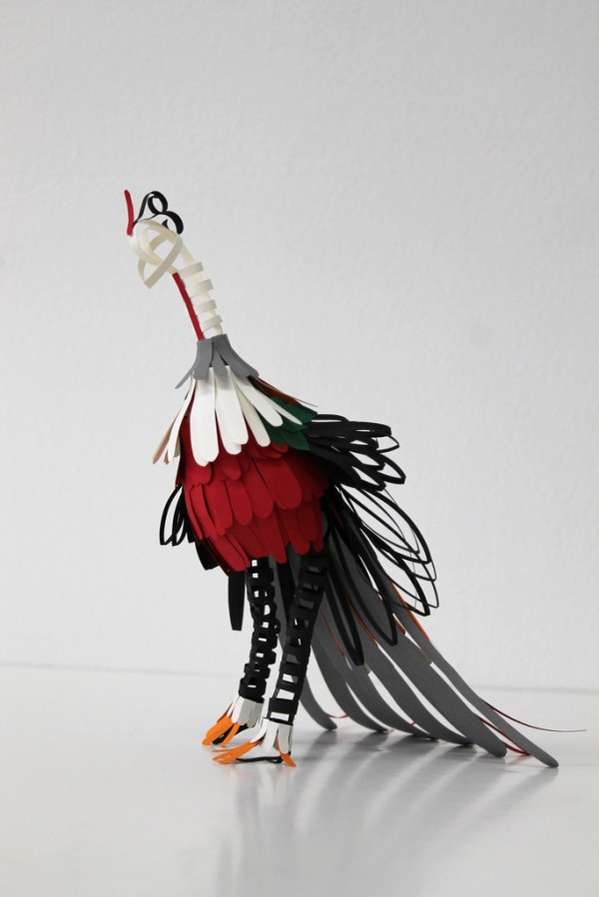 Meghan Young — November 26, 2011 — Art & Design
References: ppiinnee & thisiscolossal
Diana Beltran Herrera shows that paper crafts are far from dying with her stunning collection of bird creations. Beautifully detailed and incredibly intricate, her work has a cartoonish quality that gives it a more relatable and adorable appeal than many works of art.

Based in Colombia, Diana Beltran Herrera's paper crafts have been featured in exhibitions, publications and more. Although she has recently garnered much deserved attention with her paper bird creations, Diana Beltran Herrera is also a talented sketch artist whose vibrant works really tap into her culture.

As a diverse artist, Diana Beltran Herrera is able to keep her fans and audience on their toes while taking their breath away with pieces like her birds.
3.5
Score
Popularity
Activity
Freshness