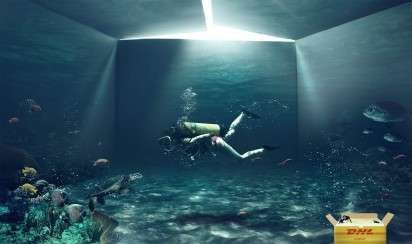 The DHL 2011 Print Ads Open Up a World of Possibilities

Meghan Young — November 25, 2011 — Marketing
References: dhl & ibelieveinadv
Share on Facebook Share on Twitter Share on LinkedIn Share on Pinterest
The DHL 2011 campaign advertises such a reliable service that it not only makes a person's day, it makes an experience. For instance, in one of the two DHL 2011 print ads, a photographer receives a necessary lens on time, allowing him to capture his stunning Sahara surroundings. By opening the DHL box, a person opens up a world of possibilities.