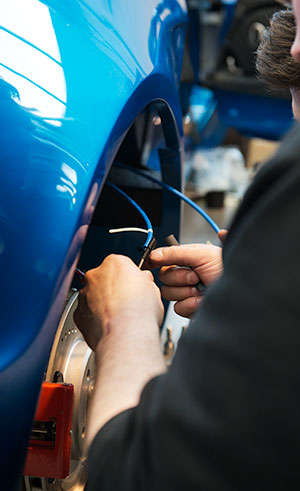 The Detroit Electric SP:01 Puts a Modern Spin on an Old-Fashioned Design

Brandon Bastaldo — April 7, 2013 — Autos
References: detroit-electric
Share on Facebook Share on Twitter Share on LinkedIn Share on Pinterest
When most people think of a sports car, the first thought that comes to mind are cruising down an open road at incredible speeds while literally sitting in the lap of luxury, but design-centric car company Detroit Electric's Detroit Electric SP:01 is using an old-fashioned car concept to change our ideas of the modern, eco-friendly lavish vehicle.

Scheduled for model production by the end of 2014, the Detroit Electric SP:01 is an electricity powered sports vehicle that bases its design off of Detroit Electric founder William C Anderson's 1907 car design.

At the time, petrol-powered cars were unreliable and dirty, so Anderson used electricity as an easy solution to this issue. Fast forward more than a century later and electricity is now being combined with the Detroit Electric SP:01's chic, two-seater design to create a modern day luxury experience that is environmentally friendly too.
2.6
Score
Popularity
Activity
Freshness
Get the 2021 Trend Report FREE