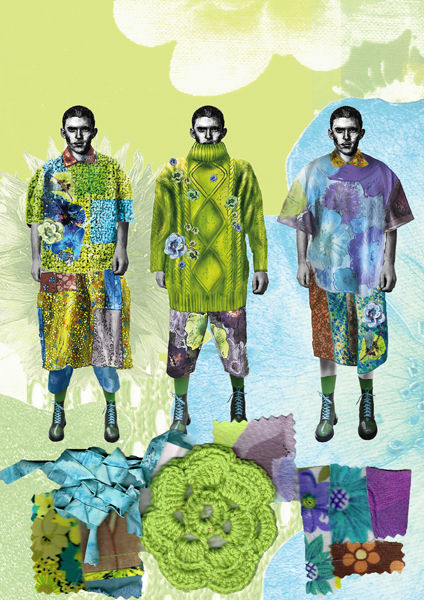 Jana Pijak — February 11, 2015 — Fashion
References: racheljamesltd & racheljamesltd
Designer sketchbooks are rarely revealed to fashion fans but Rachel James gives us a peek into hers. Showing fans the inspiration behind her Spring/Summer 2015 debut collection, the designer creates effervescent process sketches that are almost more beautiful than her photograph-filled lookbook.

Titled 'GRANNY FLOWER/MAN POWER', the debut from Rachel James references the English working class during the 70s. Her garments are adorned with vivid florals and are loosely based on retro wallpaper motifs found in old homes and photographs.

While most designer sketchbooks are left to the imagination, Rachel James reveals the process behind her labor of love. The London-based designer layers together monochromatic and colored sketches and plays with scanned photographs and three-dimensional points of inspiration. Overall, her process work exudes the same spirit and energy of her unforgettable clothing items.