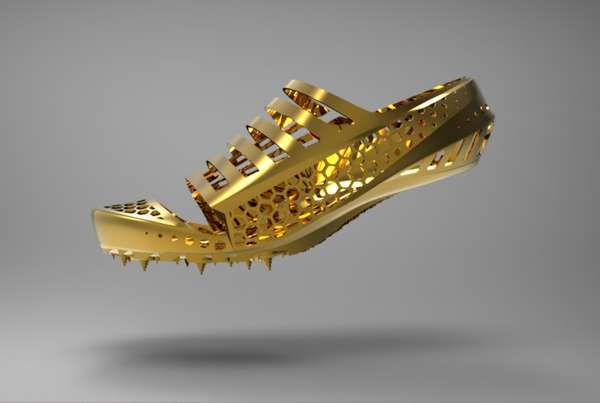 Katherinev123 — July 4, 2012 — Fashion
References: lucfusaro & fashioningtech
Share on Facebook Share on Twitter Share on LinkedIn Share on Pinterest
Luc Fusaro, a student at the Royal College of Art and Imperial College London, has designed a special shoe called 'Designed to Win' as part of his final project. Presented at his graduation show, the Designed to Win shoe is a customized, 3D-printed shoe that aims to help athletes sprint faster.

Fusaro's aim was to apply 3D printing technology to customize sprinting footwear that will help athletes save fractions of a second during races, something that could mean the difference between winning and losing. The prototype created weighs only 96 grams, and as you'll see in the video, the process involves using 3D modeling as well as testing soles with varying stiffness to find the optimal one for each athlete. So far, the prototype has been tested on several amateur athletes based in London.