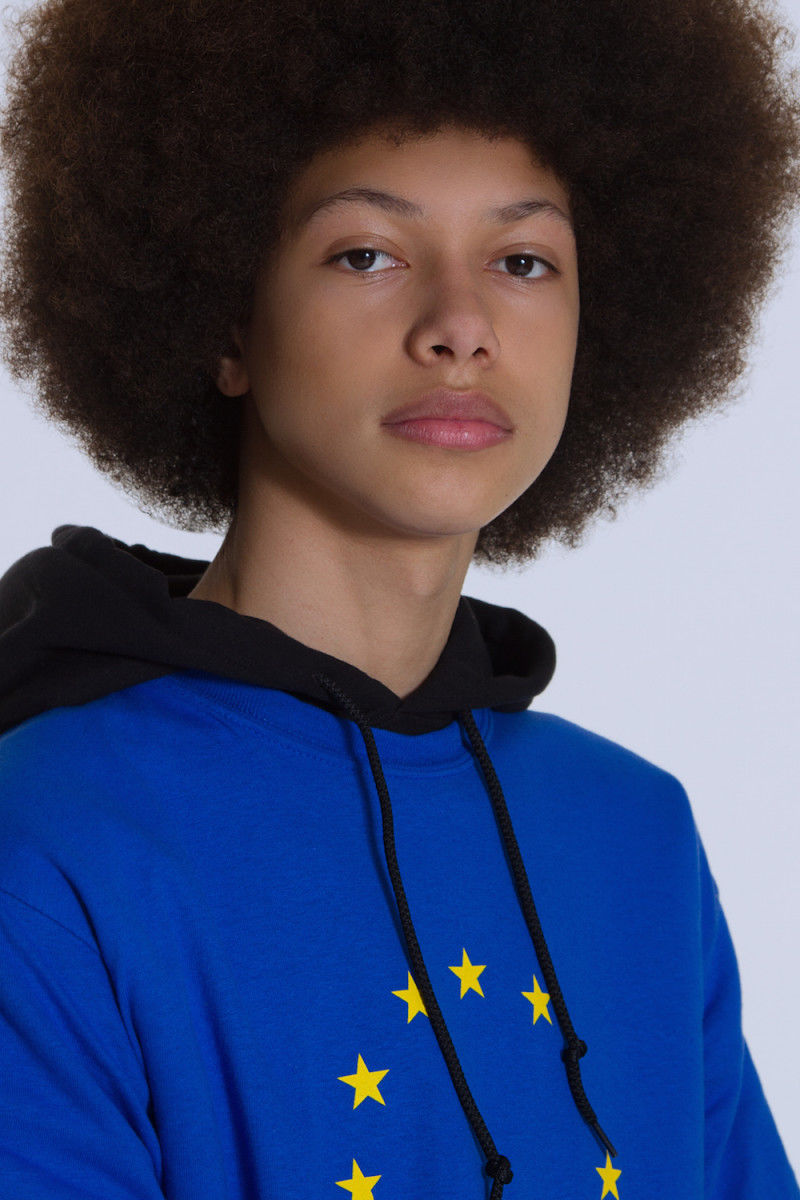 Kalina Nedelcheva — January 18, 2019 — Pop Culture
References: instagram & highsnobiety
A democratic clothing line has been launch in response to Britain's attempt to exit the European Union. As the political situation is rapidly unfolding, individuals and brands are sharing their beliefs. Berlin-based label SOUVENIR is one of these entities that uses politically charged fashion to unify demographics and sway opinion.

Earlier in 2018, the contemporary label made the EUnify hoodie available to its consumer base -- largely saturated by a younger audience. The democratic clothing item gained a surge in popularity as celebrities like designer Virgil Abloh and photographer Jurgen Teller took notice and blasted it on their social media channels, fully endorsing its message.

Now, SOUVENIR is following up with a bigger collection of its EUnify line -- from sweatpants and tees to hats and waist packs, that direct consumers to an "EU hotline serving democratic resource of political education is provided."