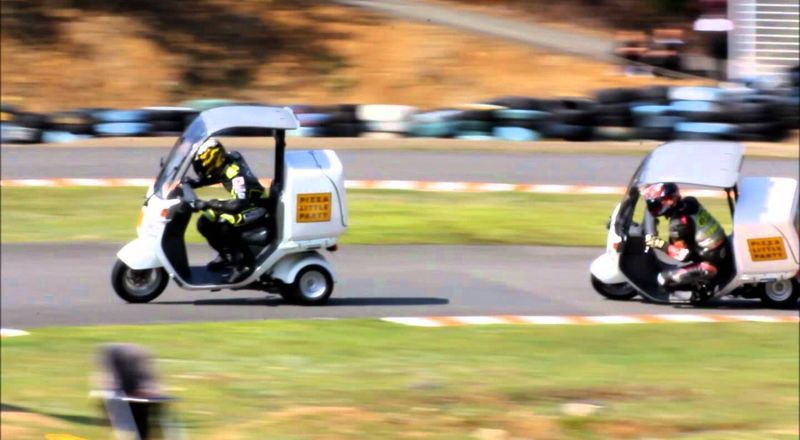 Laura McQuarrie — May 17, 2017 — Autos
References: digitaltrends
Share on Facebook Share on Twitter Share on LinkedIn Share on Pinterest
Delivery scooters are not often associated with high speeds and they are one of the last types of vehicle one might expect to find on a race track. However, two drivers from a fast food restaurant based out of Kyoto, Japan, called 'Pizza Little Party' decided to put their skills as racers to the test.

The drivers were racing against one another on Honda's Gyro scooter, which is known for its ability to lean dramatically and take in greater speeds. As such, it can often be found whizzing around urban environments.

In general, companies are turning to urban delivery vehicles that are smaller, speedier and more adept at handling tough-to-navigate streets than large-scale trucks that can carry a greater volume of items at a time.
5.2
Score
Popularity
Activity
Freshness
Get Better and Faster