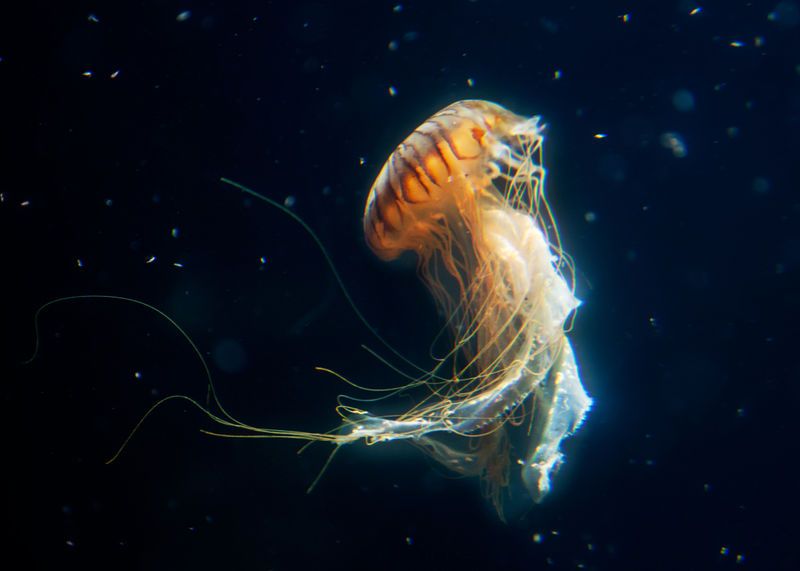 Researchers Will Be Using Jellyfish for Deep-Sea Exploration

Daniel Johnson — January 31, 2020 — Tech
References: caltech.edu & engadget
Share on Facebook Share on Twitter Share on LinkedIn Share on Pinterest
Researchers from Caltech and Stanford University are looking at ways to utilize jellyfish to bolster deep-exploration efforts. The researchers published a paper to a journal, named 'Science Advances,' which outlines the process. The researchers created a small microelectronics prosthetic that can be attached to jellyfish. The prosthetic sends an electric signal which causes the jellyfish to pulse at a rate three times faster than normal, which allows the jellyfish to swim at a faster pace. The prosthetic also allows the animal to swim more efficiently.

The researchers will now look at ways to entice the jellyfish to swim in certain ways that will help deep-sea exploration. John Dabiri, from Caltech, spoke about the future of the project, "If we can find a way to direct these jellyfish and also equip them with sensors to track things like ocean temperature, salinity, oxygen levels, and so on, we could create a truly global ocean network where each of the jellyfish robots costs a few dollars to instrument and feeds themselves energy from prey already in the ocean."