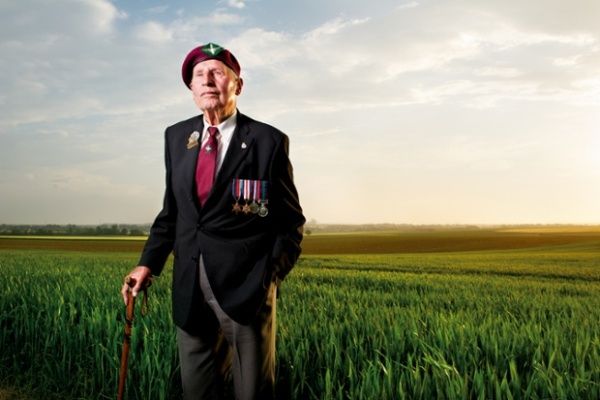 Megan Facciuolo — June 12, 2014 — Life-Stages
References: robinsavage & designtaxi
D-Day veterans like William Bray of the 7th Battalion risked their lives to secure peace for Europe 70 years ago. Photographer Robin Savage decided to showcase Bray and many other brave souls who are still alive in ‘The Last of the Liberators’ photo series.

The photographs feature the remaining liberators revisiting the sites where they fought many years ago. Taken for the anniversaries of the Normandy landings, the images arise an array of feelings from the veterans. Many of them parachuted onto the fields behind them with little knowledge of what their fates would be, so one could imagine the mixed feeling they had revisiting those moments. While they were triumphant, they also lost a lot of companions.

The poignant portraits are now published in a book with the same name, which was just released to coincide with the 70th anniversary of D-Day.
3.2
Score
Popularity
Activity
Freshness