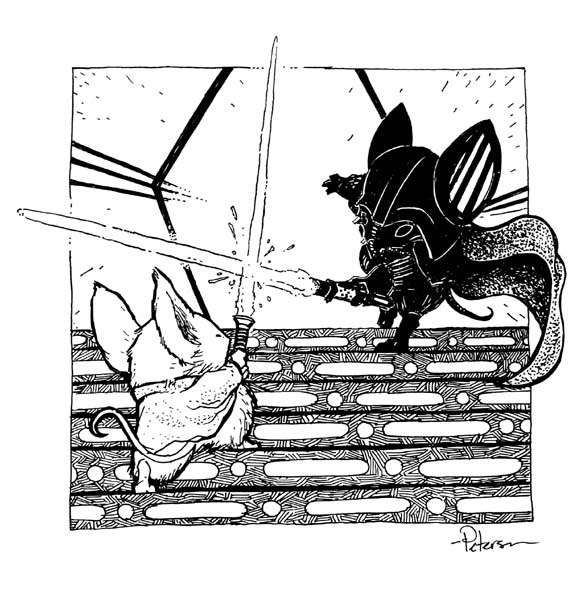 Jason Soy — June 24, 2012 — Pop Culture
References: xombiedirge.tumblr & blog.thaeger
Share on Facebook Share on Twitter Share on LinkedIn Share on Pinterest
It is not uncommon to see cats dressed up in movie costumes on the Internet, so these David Petersen drawings featuring mice in place of actors in famous film scenes should not come as a surprise to anyone. With rodents in place of the likes of Luke Skywalker, Darth Vader, Wolverine, Peter Pan and Indiana Jones, Petersen has crafted an adorable series that’s sure to be beloved by many. Who can honestly stare at the stumpy limbs of these mice performing dynamic action scenes without having a grin overcome their face?

David Petersen, who also draws under the pseudonym XombieDIRGE, is a UK-based illustrator. His passion for art, movies, comics, pop culture and video games really comes through in his eclectic portfolio, which features numerous renderings inspired by all those things.