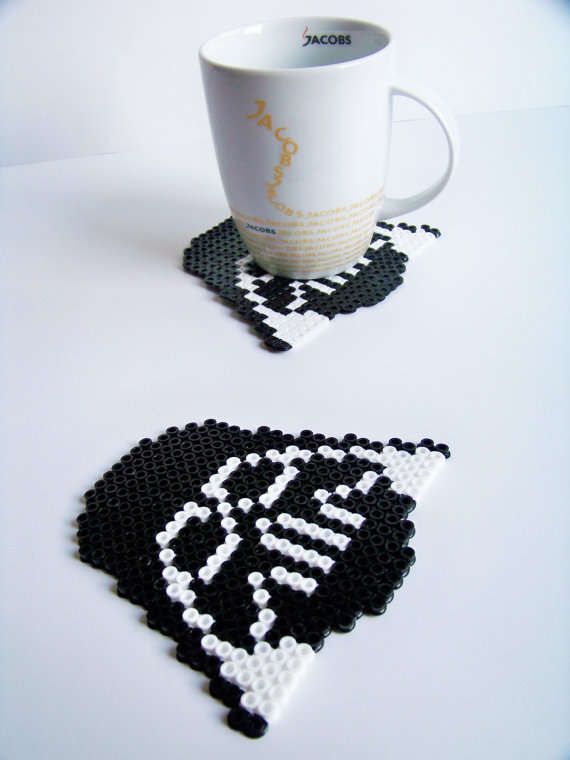 Darth Vader Coasters Bring Smiles Instead of Fear to Users

Elise Ying-Hei Ho — November 6, 2012 — Art & Design
References: etsy & etsy
Share on Facebook Share on Twitter Share on LinkedIn Share on Pinterest
For being an evil character, the Sith Lord sure gets a lot of love from fans and it's quite obvious when everything, from Vader apparel to Darth Vader, coasters is dedicated to him. Created by Etsy user freepeoplee, the 8-bit design pays homage to the video games that were around when the antagonist first invaded the minds of viewers.

Though the Sith Lord may never have imagined that he would be forever immortalized in the minds of the 'future,' he also probably never thought that complete strangers would be resting their piping hot beverages on his face either. Though like the evil doer, the Darth Vader coasters should instill a fear in the users but the 8-bit rendition only serves to transform him into an adorable mug mat, another thing the powerful one probably never expected.
3.3
Score
Popularity
Activity
Freshness
Attend Future Festival