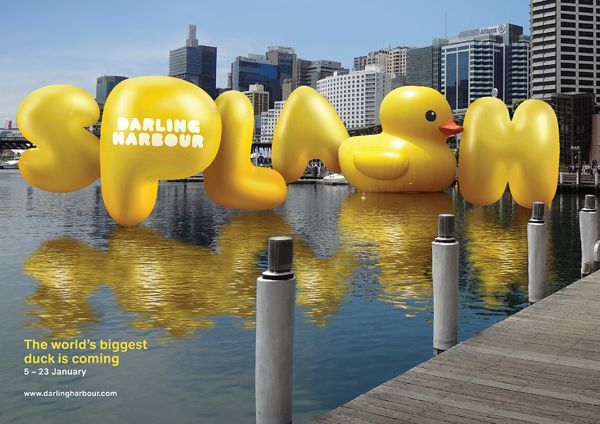 Darling Harbour Creates a Balloon-Style Font for its Re-Branding

M — May 8, 2014 — World
References: darlingharbour & behance.net
Share on Facebook Share on Twitter Share on LinkedIn Share on Pinterest
The iconic Australian harbour, Darling Harbour, recently received an enormous re-branding with the creation of a balloon-inspired font for its print, digital and ad marketing. The new font, fittingly named Darling Harbour after the Sydney harbour, turns the alphabet into a series of giant helium balloons.

The Darling Harbour re-branding expertly hinged itself on the creation of a new and customized font to market the brand on a visual level. The Darling Harbour font was inspired by helium balloons. Each letter in the Darling Harbour alphabet looks just like a technicolor floating balloon that is customizable in size, shape and color depending on the ad campaigns it is featured in. For example, for a Christmas party at Darling Harbour, the ad features the words "Santa Fest" written in candy cane balloons.
2.1
Score
Popularity
Activity
Freshness
Get Trend Hunter Dashboard