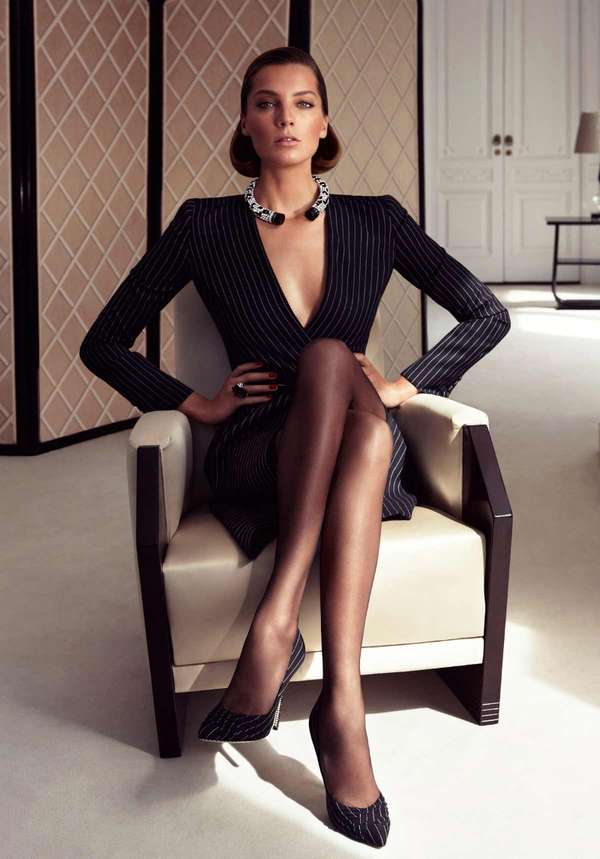 The Daria Werbowy Ferragamo ad campaign was shot by Swedish photographer Mikael Jansson and exudes a strong and present confidence in each shot. Whether it features Daria Werbowy perfectly perched, legs glistening through stockings, looking every bit the part of an old money, gorgeous society woman, or if it's a couples shot of Werbowy with a male model standing casually on a luxurious waterfront property.

The key to the Daria Werbowy Ferragamo ad campaign is Mikael Jansson's ability to combine sensuality with elegance. Daria Werbowy dominates the shoot and makes it easy to see why the Ukranian-Canadian model has been able to represent some of the fashion industry's biggest companies, including Lancome, Prada, Yves Saint Laurent, Roberto Cavilli, Louis Vuitton, Versace, Gucci, and Chanel, just to name a few.