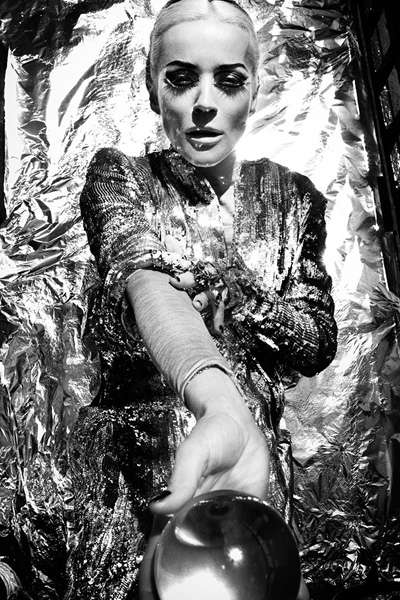 The Daphne Guinness 'One & Only' Editorial in Harper's Bazaar UK

Guinness, renowned for her incredible fashion sense and haute couture collections -- apparently she has, in addition to 2,500 total garments, 450 pairs of shoes and 200 handbags! -- was named to the International Best Dressed List Hall of Fame in the early 90s, and it's not hard to understand why. With an innate fashion sense that typically errs on the side of dramatic, Guinness has a style that most people today can't even begin to fathom. This Daphne Guinness 'One & Only' editorial displays the heiress in her element, as she slips into beautifully draping gowns, bold headpieces and shoes to die for.
4
Score
Popularity
Activity
Freshness
Get Better and Faster