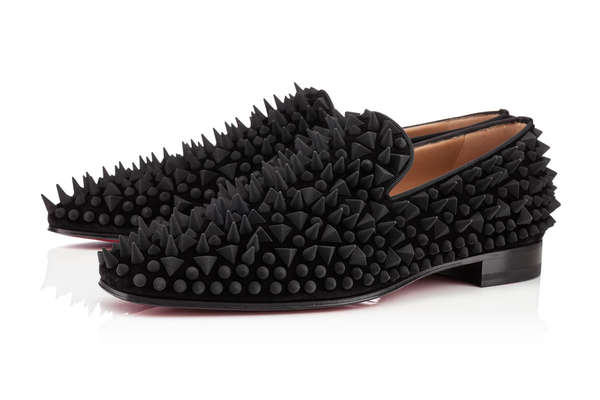 Meghan Young — June 24, 2013 — Fashion
References: eu.christianlouboutin & hypebeast
Dress shoes will never be the same again thanks to the Dandy Pik Pik Veau Velours by Christian Louboutin. Granted, they have been evolving quite a bit over the last few years. As hipster boys grow up into stylish men, it is a natural progression. In this case, a punk attitude is adopted by way of geometric spikes and an all-black colorway.

Described as the Louis Pik Pik in loafer form, the Christian Louboutin Dandy Pik Pik Veau Velours are fashioned out of black calfskin suede and embellished with the luxury label's signature spike-and-stud facade. It comes complete with the designer's telltale red soles.

Whether worn casually or on a night out, the Christian Louboutin Dandy Pik Pik Veau Velours will make quite the fashionable statement.
4.5
Score
Popularity
Activity
Freshness