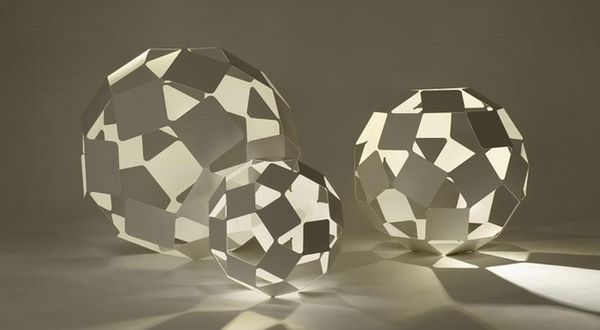 Meghan Young — November 7, 2013 — Art & Design
References: store.luminaire & trendir
Share on Facebook Share on Twitter Share on LinkedIn Share on Pinterest
In spite of its name, the Dancing Squares Lamps don't actually dance. Yet somehow even in their stationary stance, they create the illusion of movement, hence its name. Bending light in different directions thanks to its double dose of geometric shapes, people will be mesmerized instantly as they gaze at and around it.

Designed by Japanese studio Nendo for Luminaire, a manufacturer based in Miami, Florida, the Dancing Squares Lamps is made out of steel that has been cut and bent in such a way as to take on a spherical form. Available in three sizes (small, medium and large), they would fit into a contemporary home perfectly. Although originally made for a private exhibition in Singapore, the sculptural pieces could easily be used for both commercial and domestic purposes.
3
Score
Popularity
Activity
Freshness
Jeremy Gutsche Keynote Speaker