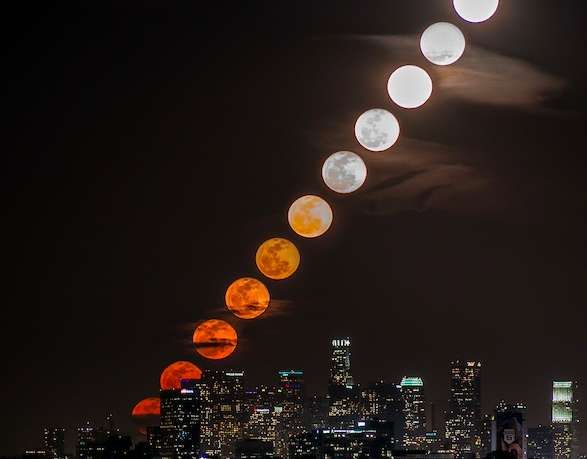 While Maker-Moore shot this project from within L.A.'s downtown core at Fairfax village, he nonetheless got at the natural beauty of the landscape as it unfolded behind the towering building structures.

The 26 year old used an Olympus OMD-EM5 camera when filming, contributing to the precision of the colorful montage. A total of 11 still frames were used to produce Moon Rise L.A., tailored here so that each one flowed into one another seamlessly.
0.7
Score
Popularity
Activity
Freshness
View Innovation Webinars