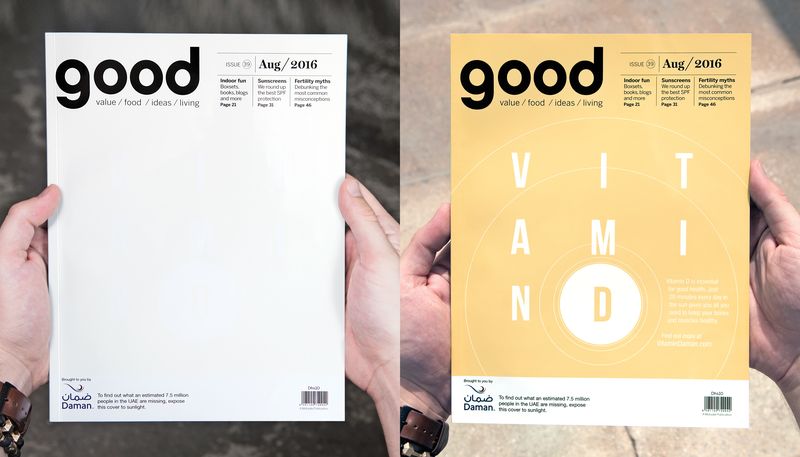 Daman's 'Ad D' Campaign Encourages Readers to Get Their Vitamins

Daman, one of the leading healthcare providers in the United Arab Emirates, noticed a perplexing problem in the nation. Despite the UAE being the sixth sunniest country on the planet, nearly 80 percent of its population suffers from vitamin D deficiency. Vitamin D is best acquired through exposure to sunlight, so if the population of the UAE would just step outside for as little as 20 minutes a day, that deficiency could be filled. Enter the Ad D campaign.

Daman contacted some of the country's leading magazine publications, including 'Gulf Business' and 'Good' and bought ad space on the covers. Indoors, these covers would look blank, but in the sunlight, the ink would react to reveal words and images, forcing curious readers out into the sun.
1.4
Score
Popularity
Activity
Freshness
View Innovation Webinars