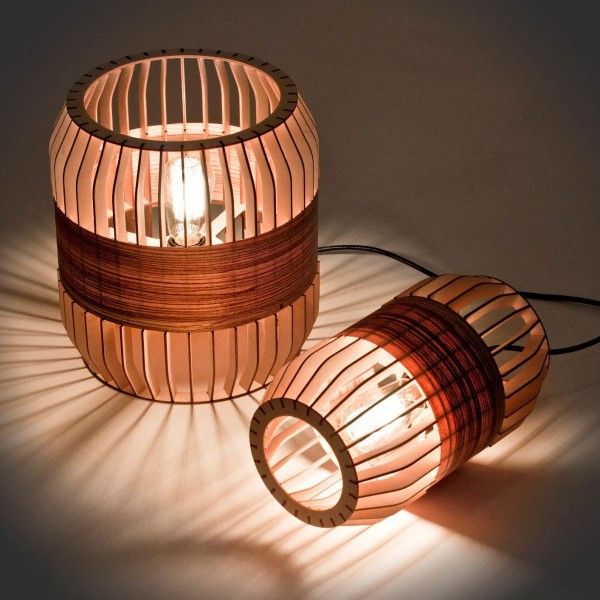 Meghan Young — September 24, 2013 — Art & Design
References: plusmood
Share on Facebook Share on Twitter Share on LinkedIn Share on Pinterest
The Cylinder Lath Lamp is a traditional looking light fixture with a modern twist. As though created by some MacGyver, which the designer could very well be described as, the Cylinder Lath Lamp is made up of a series of shutter-like laser cut plywood, flexible zebrano wood veneer and, of course, a light bulb and black cord. Although complex in appearance, there is a crafty element that could easily be translated into a do-it-yourself project.

Created by Jonathan Dorthe for Atelier-D, a design studio based in Montreal, Canada, the Cylinder Lath Lamp emits a warm glow almost as though it were a candle-holding lantern. It is available in two different sizes and can be used either as a table lamp or as a suspended pendant lamp.
1.8
Score
Popularity
Activity
Freshness
Attend Future Festival