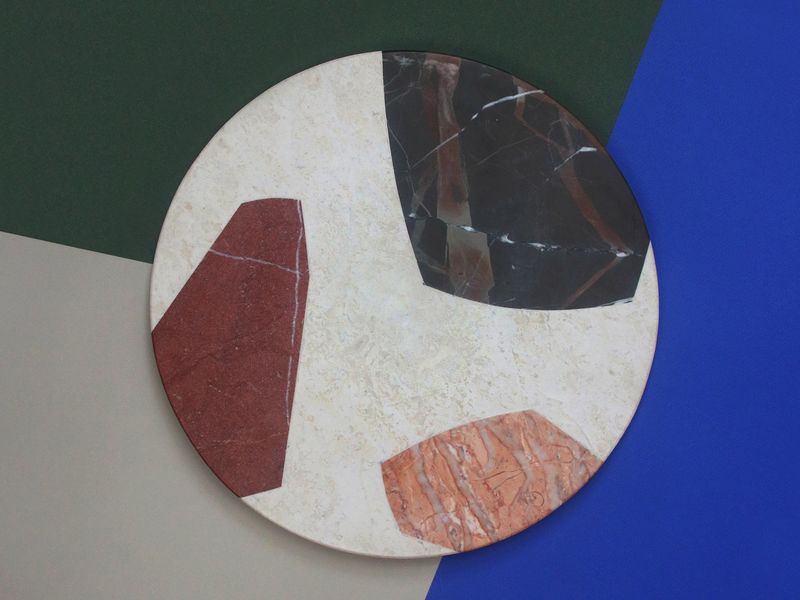 Other Kingdom's 'Cut Out Platters' are Made from Upcycled Marble

Joey Haar — October 10, 2017 — Art & Design
References: other-kingdom & betterlivingthroughdesign
Share on Facebook Share on Twitter Share on LinkedIn Share on Pinterest
Marble is a traditionally lush, rich material, and with its new 'Cut Out Platters', design studio Other Kingdom recognizes that even scraps of the stone are worthwhile as design features. The kitchen accessories are made out of upcycled inlaid marble, combining the luxurious material with a homey, DIY aesthetic.

The Cut Out Platters are designed by Prakash Kumar, a master marble inlayer working with Other Kingdom out of his own studio in Bangalore, India. In making each piece, Prakesh upcycles actual marble scraps leftover from his workshop, meaning that each of the Cut Out Platters is slightly different from the others. That said, Other Kingdom is offering the platters in two colorways: one with a red base and pink accents, and the other with a cream base and multicolored accents.
2.3
Score
Popularity
Activity
Freshness
Jeremy Gutsche Keynote Speaker