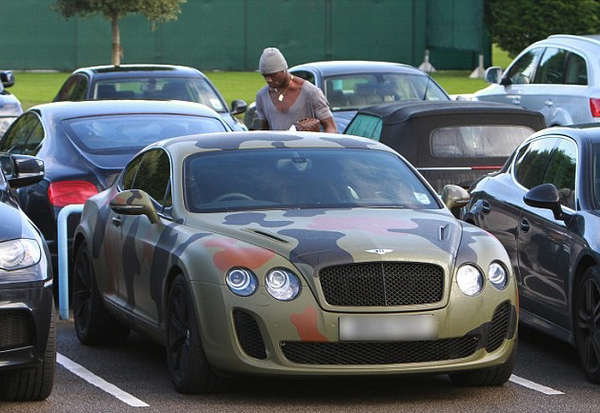 Jonathon Brown — November 14, 2012 — Autos
References: bentleymotors & highsnobiety
Share on Facebook Share on Twitter Share on LinkedIn Share on Pinterest
Usually when you're driving a luxury car, the idea is to be seen, but Mario Balotelli takes the opposite approach with his custom Bentley Continental GT wrapped in camouflage. However, it's not a paint job, but instead a vinyl wrap that's applied over top of the paint job.

Although it's doubtful this superstar footballer can go many places without being noticed, his car is incognito thanks to the dark-green military patterns now covering his ride.

Due to their already steep price tag, Bentley's aren't usually tricked out. However, when you're making over $9 million a year playing for Manchester City like Balotelli, you can afford to have some fun with your cars. Bentley Continental GTs typically sell for $176,725. Balotelli's custom Bentley comes after he crashed his Audi R8 last year.