The Selfies Seen 'Round the World 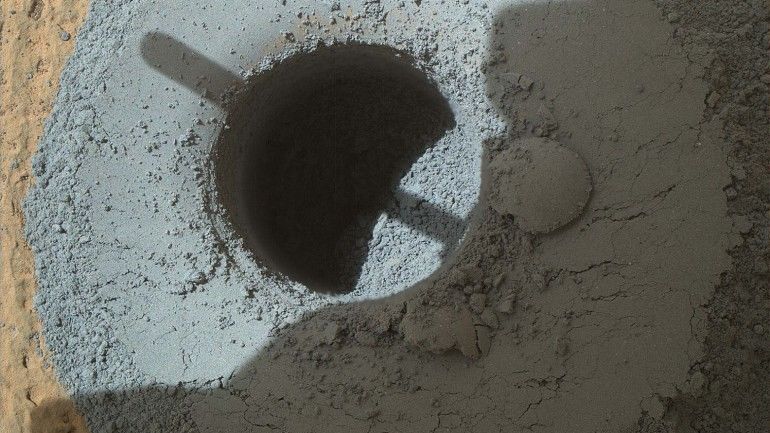 The Curiosity Rover Selfie Was Taken On a Martian Drilling Site

Rahul Kalvapalle — February 27, 2015 — Tech
References: jpl.nasa.gov & gizmag
The Curiosity rover selfie shows NASA's most recent Martian rover posing against a backdrop of the Telegraph Peak, a site which the rover has been drilling into in order to analyze the chemistry of the soil and rocks. The portrait also offers a view of the Pahrump Hills, where the rover has been earning in its keep in the past five months.

The Curiosity rover selfie was taken using the Mars Hand Lens Imager on the rover's robotic arm, with dozens of snaps taken to form a mosaic image.You may wonder why the robotic arm doesn't appear in the picture -- this was done by manipulating its position and stitching together several images to remove the arm from the image altogether.

So if you don't want your arm awkwardly showing up in your selfies, all you need to do is get some NASA-level Photoshop experience, and your duck face will remain the center of your Instagram followers' attentions.