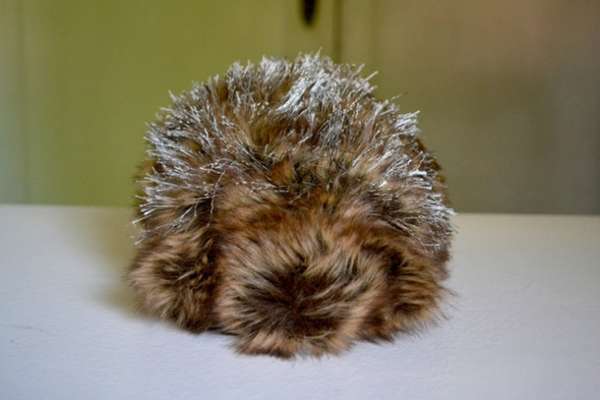 The Cuddlebot by Anna Flagg Creates an Emotional Connection with Users

Meghan Young — February 11, 2013 — Tech
References: annaflagg & dvice
Share on Facebook Share on Twitter Share on LinkedIn Share on Pinterest
There are robots made to look disturbingly human, but there is yet to be a robot that looks like a real animal; the Cuddlebot by Anna Flagg, an artist and a computer scientist, may not be there yet, but it is closer than any other recent attempts. That is because this creation has a fur coat that is comforting to touch, just like petting a dog or cat is.

Originally conceived in 2008 as the Haptic Creature, Cuddlebot by Anna Flagg is an improved prototype that looks suspiciously like the fluffy creature Tribble from Star Trek. A ball of fur, it responds to various kinds of touch commands to purr and vibrate. It was created in the Sensory Perception and Interaction Research Group (SPIN) lab ant the University of British Columbia.
3.4
Score
Popularity
Activity
Freshness
Attend Future Festival Virtual