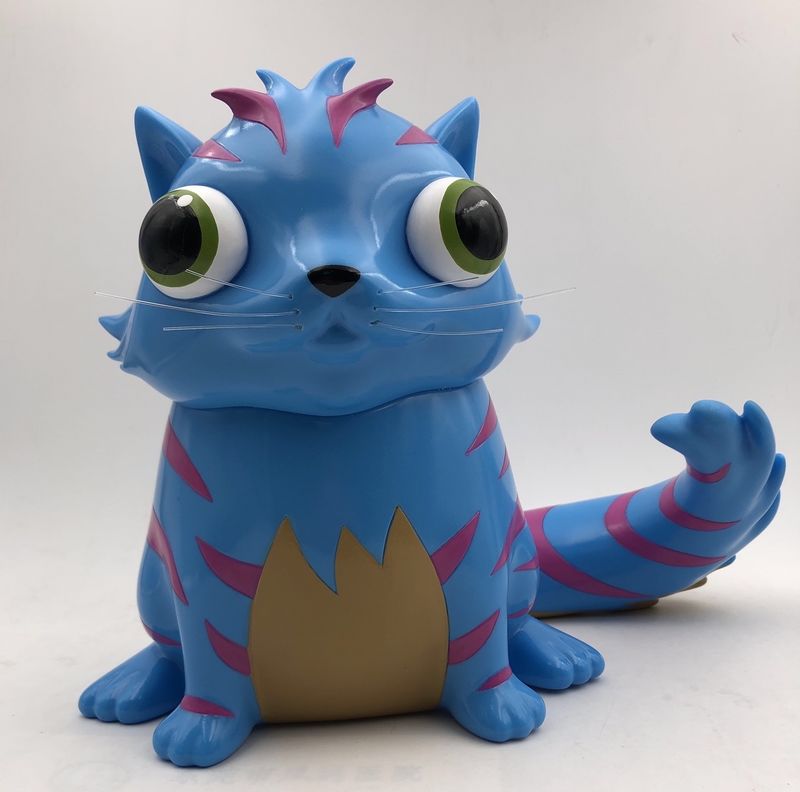 CryptoKaiju's Cryptokitty Figures are Traceable on the Blockchain

Laura McQuarrie — August 13, 2019 — Life-Stages
References: cryptokaiju.io & decrypt.co
Share on Facebook Share on Twitter Share on LinkedIn Share on Pinterest
CryptoKitties launched as one of the world's first blockchain games, helping to offer an experiential introduction to digital currency through the purchase, collection, breeding and sales of virtual cats. Now, CryptoKaiju has launched NFC-enabled Cryptokitty toys with unique identities that can be traced on the blockchain.

The limited run of vinyl figures, available in CryptoKitties' Cymric tiger style and two colors, boasts tamper-proof NFC tags at their feet with serial numbers. With an NFC-enabled mobile device, a collector is able to quickly access the details about their unique CryptoKitty figurine. Users will be able to discover the toy's birth date, gender, color, physical traits and personality, which may be described as intelligent or creative. For the sake of exclusivity, only a limited number of the CryptoKitties are being released, and some traits are much rarer than others.
5.2
Score
Popularity
Activity
Freshness
Get Trend Hunter Dashboard