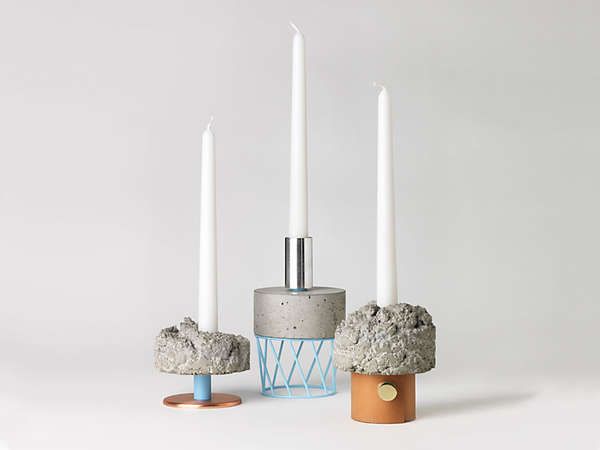 Meghan Young — September 1, 2012 — Art & Design
References: superdave.se & coolhunting
Share on Facebook Share on Twitter Share on LinkedIn Share on Pinterest
Crowd by David Taylor is a congregating group of candle holders, each of which have been given human names. Although that is the only human quality these candlesticks have, it is enough to imbue a sense of personality and character into each one. The Stockholm-based Scotsman designer says, "Crowd will ultimately incorporate 25-30 individuals and is an organic community of work rather than a static body."

Displayed at the Galleri Montan in Copenhagen, Denmark, Crowd by David Taylor is currently comprised of three candle holders: Kevin, Angela and Sid. They are made from materials such as leather, concrete and steel. While each one can stand on its own, there is a continuity that link them together.
0.7
Score
Popularity
Activity
Freshness
View Innovation Webinars