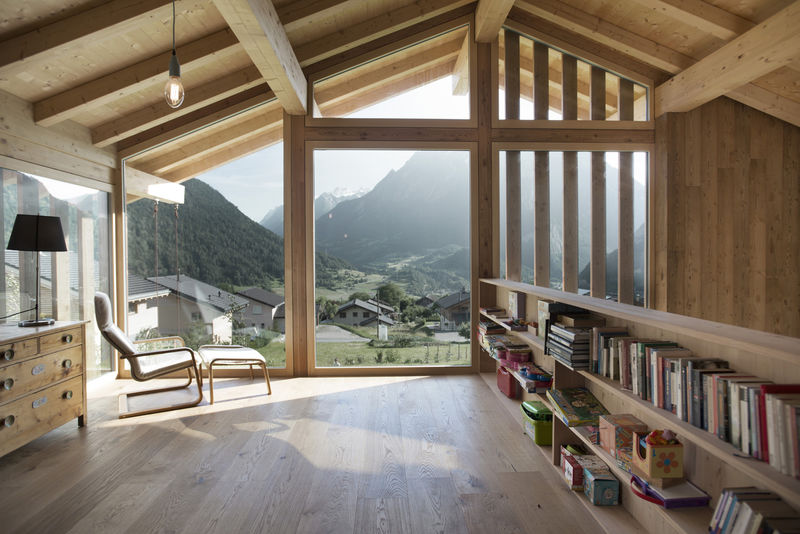 Joey Haar — June 8, 2018 — Art & Design
References: archdaily
Share on Facebook Share on Twitter Share on LinkedIn Share on Pinterest
Switzerland is known internationally for its watches, chocolate, neutrality, and chalets, and CRN House opted to lean into the lattermost of those famous qualities. The home, which was designed by Alp'Architecture Sarl, features a primarily wooden facade and interior, making use of the material that most immediately brings to mind the traditional Swiss chalet.

CRN House is located in Volleges, a tiny town. As such, the buildings that surround it are mostly authentic Swiss chalets. Though CRN House embraces a modern design that still sets it apart from its neighbors, the architects did a good job of paying homage to those classic, timber-clad lodgings. Considering the tremendous views of the Alps that surround those houses, though, few people are likely to have their eyes on the houses anyway.