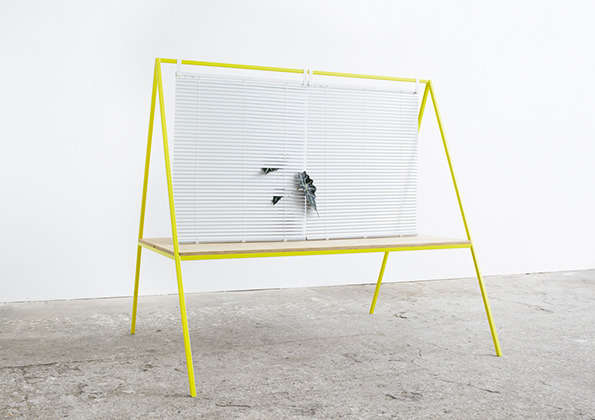 Meghan Young — November 8, 2012 — Art & Design
References: criticalobjects.info & itsnicethat
Critical Objects by HelloMe, a design studio based in Berlin, Germany, and founded by Till Wiedeck, is artistically abstract. According to the designer, it is "a series of items that balance on the border between functional furniture and sculptural form without taking a definite position within either concept." The pieces playful designs draw people and their attention is held when other details come to light.

At first, the Critical Objects by HelloMe may appear to be quirky pieces of furniture, but upon closer inspection it is revealed that there is more to them than meets the eye. Wiedeck reveals, "You see something with four legs and a surface, your mind tells you it is a table[...]. Critical Objects challenges the perception of the initial disposition to the object by altering the context of the subject.”
5
Score
Popularity
Activity
Freshness