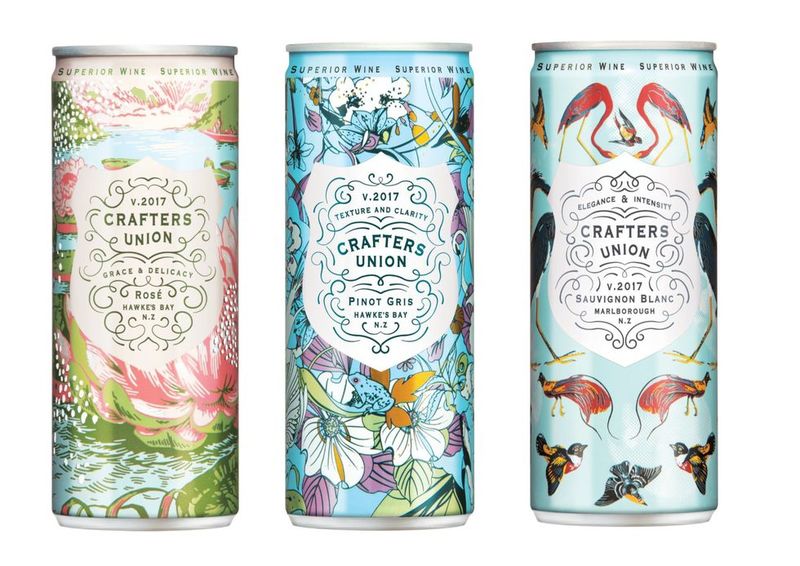 Last week, Constellation Brands announced that it has formed a relationship with the National Football League and that it plans to promote its Crafters Union wines as the perfect football beverage. As CEO William Newlands explained, the Crafters Union canned wines are the "perfect format for football games and tailgating." As for the wines themselves, the Crafters Union lineup consists of premium wines in varieties such as pinot grigio, red blend, and rosé. The wines come in beautifully decorated cans that are both light and highly portable.

While the idea of canned wine may not seem like an obvious product for football games and tailgating parties, it makes sense considering a significant number of women make up the NFL audience.

Canned Cucumber Sakes
The Cucumber-Infused TYKU Sake in a Can is Crisp, Smooth & Convenient