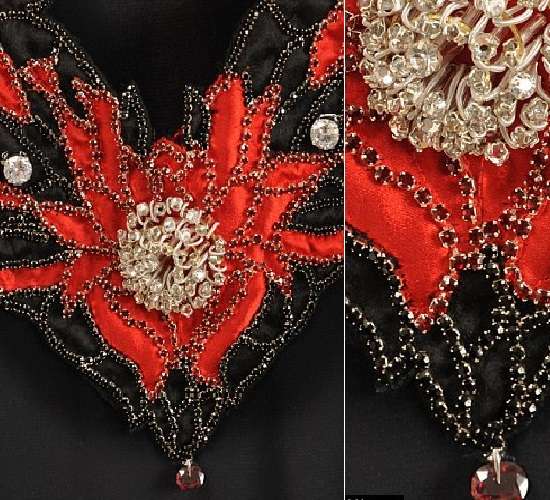 Ian Andrew Panganiban — March 25, 2013 — Luxury
References: debbiewingham & bornrich
Share on Facebook Share on Twitter Share on LinkedIn Share on Pinterest
Most couture fashion designs aren’t known for being modest works and that’s certainly the case when it comes to Debbie Wingham‘s diamond encrusted dress. The $17.7 million dress was inspired by Middle Eastern dresses and in keeping in mind the essence of Dubai.

The diamond-embroidered dress’s main piece is a red diamond, which also happens to be the world’s rarest and most expensive diamond. It’s also been adorned with numerous white and black diamonds along with four-carat white gold thread, which easily makes the dress the most expensive garment in the world.

Don’t expect to see this million dollar gown on the runway any time soon, since currently the only way to view this one of a kind garment is by making an appointment.