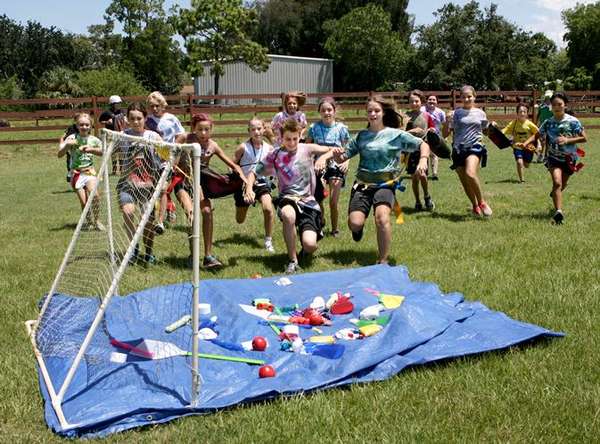 Meghan Young — August 5, 2013 — Life-Stages
References: tampabay & neatorama
Share on Facebook Share on Twitter Share on LinkedIn Share on Pinterest
The Country Day School 'Hunger Games' camp could be considered controversial, but the masterminds behind the theme have created a positive atmosphere around the violent and aggressive story. While the book series may revolve around death more than survival, the school ensures that their participants focus on the lessons learned throughout such as the need for strategy, team-building and intellect.

More than that, the Country Day School 'Hunger Games' camp turned common terms around. For instance, instead of counting kills, they asked the 'tributes' to gain lives. Nevertheless, Susan Toler, a clinical psychologist specializing in children's issues, points out, "When children read books or watch movies, they're observers, removed from the killing. "But when they start thinking and owning and adopting and assuming the roles, it becomes closer to them."
2.7
Score
Popularity
Activity
Freshness
Get Better and Faster