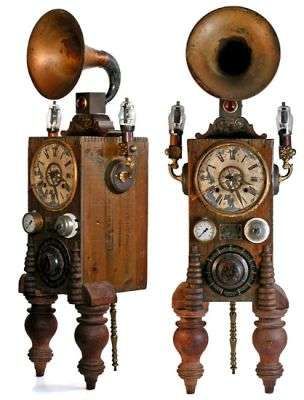 The term "steampunk" denotes works set in an era or world where steam power is still widely usedâ€”usually the 19th century, and often set in Victorian era Englandâ€”but with prominent elements of art and either science fiction or fantasy, such as fictional technological inventions like those found in the works of H. G. Wells and Jules Verne, or real technological developments like the computer occurring at an earlier date.

Steampunk is sometimes associated with cyberpunk because of its rebellious, counter-culture theme. But steampunk lacks the dystopian elements of cyberpunk with its world vision characterized by human misery, violence, oppression, disease etc.