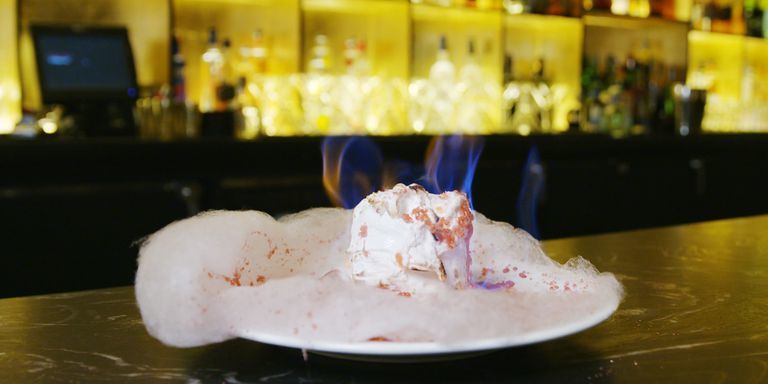 Philippe Chow's Cotton Candy Baked Alaska is a viral dessert sensation that puts a dramatic twist on an iconic treat. Traditionally, Baked Alaska is made from ice cream and cake that's been placed in an extremely hot oven long enough to firm and caramelize the meringue on top.

At Philippe Chow in New York Cty, pastry chef Terri Dreisbech's version of the dish starts with yogurt, whipped cream, roasted strawberries, orange zest, salt, and chocolate syrup. As the base freezes, Dreisbech creates a two-foot tall pile of cotton candy, which is placed on the brownie-topped ice cream base. For the finale, the whole thing is set on fire right at your table using a blowtorch and some dark rum.