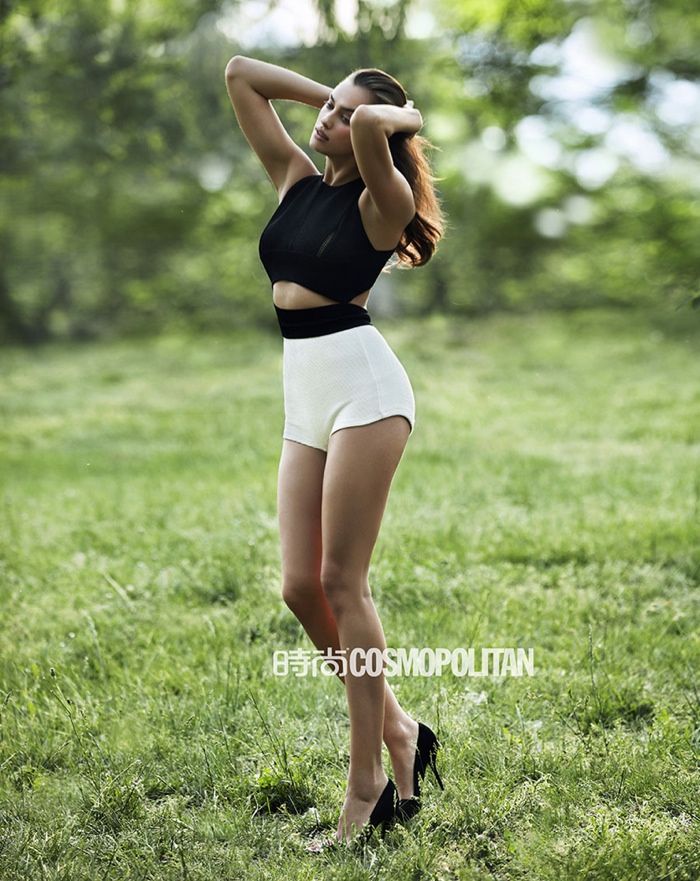 Meghan Young — July 9, 2014 — Fashion
References: cosmo.trends.cn & fashiongonerogue
Share on Facebook Share on Twitter Share on LinkedIn Share on Pinterest
Showing off the softer side of her femininity, Russian model Irina Shayk stars in the Cosmopolitan China July 2014 cover shoot. A far cry from her usual sensual persona, which is only natural considering her envious svelte frame, that does not mean she isn't sexy. Instead, her ladylike elegance is simply more approachable, not less steamy.

The Cosmopolitan China July 2014 cover shoot was captured outdoors in the middle of a park. This setting gives context to the outfits, making them the perfect reference for those enjoying a weekend at the park or a backyard BBQ over the summer. Clad in tennis skirts, daytime dresses and jewel-toned gowns, the looks are perfected with voluminous curls, a pouty lip and flawless skin.
3
Score
Popularity
Activity
Freshness
View Innovation Webinars