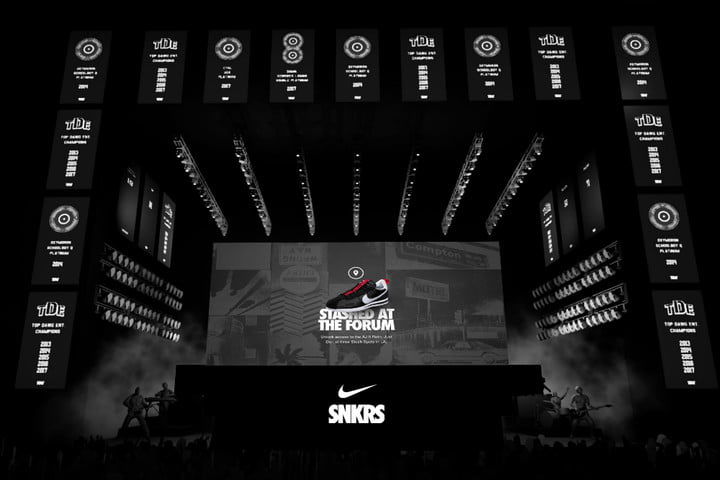 Kendrick Lamar's Cortez Kenny III Will Be Available During His Concert

Justin Lam — May 14, 2018 — Fashion
References: digitaltrends
The new Cortez Kenny III sneakers by Kendrick Lamar will give fans a unique buying experience that leverages AR and live concert experiences. During Top Dawg Entertainment's Championship tour, Nike and Lamar will allow fans, at select shows, to utilize the AR camera in Nike's SNRKS app to purchase the limited-edition sneakers. The chance to purchase the sneakers will occur at a random moment during the concert with fans receiving an alert on their phones as well as a prompt on the arena screen.

Unlike previous SNKRS Stash Spot activations, this new release will not be digitally buried in a secret location and will be available anywhere in the arena. The Cortez Kenny III sneakers will be available in the activation for as long as there are still pairs available. Those who cannot make it to the concerts will still have a chance to buy the sneakers as they will be available for a short time through the Nike SNKRS app.
5.5
Score
Popularity
Activity
Freshness