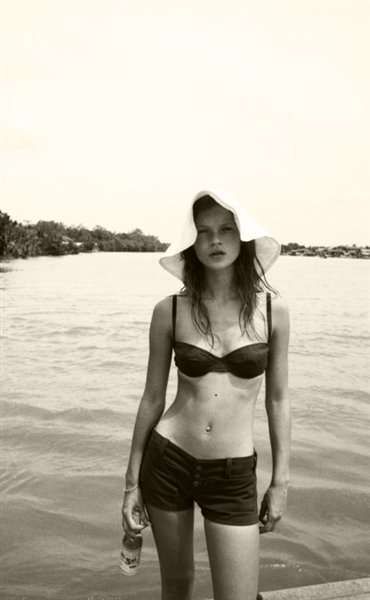 The Corrine Day-Kate Moss 'The Face' photographs were mostly in black and white, and feature a pared down Moss at the beginning of her career. 'The Face' magazine was an avant-garde attempt at establishing a periodical for the burgeoning youth creative class in the UK. It was this aesthetic combined with Day's ethereal, emotional photographic touch that helped propel Moss to the forefront of the modelling industry, becoming the relatable 'anti-supermodel' in the midst of fashion dominance from early 90s Queen Bee's, Cindy Crawford, Naomi Campbell, and Claudia Schiffer.

Tragically, Corinne Day succumbed to a brain tumor last year. In these Corinne Day-Kate Moss 'The Face' photographs, we celebrate some of her best (and most iconic) work.