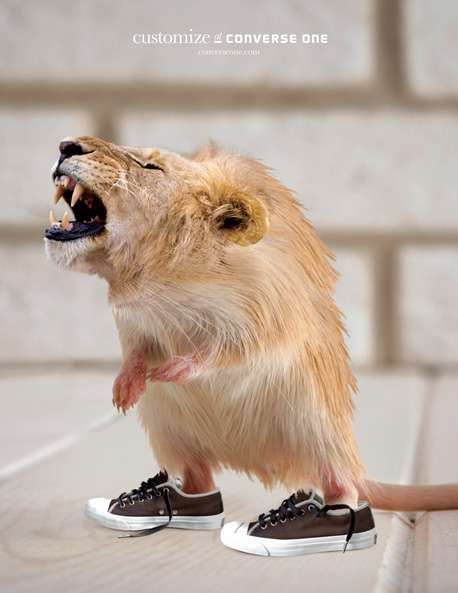 Playing on the idea of custom design, these kooky Converse creations include giant posters of a pink, half-crocodile, purple half-dog rocking purple and blue Converse, as well as a roaring half-lion, half-squirrel creature, decked out in a pair of black Converse.

Implications - If this doesn't get you wanting to wear a pair of Chuck Taylor's, at least you'll have some awesome animal hybrid pictures to look at.

What's next? Will they finally create the mythical "Liger" (half lion, half tiger) creature from Napoleon Dynamite? How about a squirrel/turtle fusion?
4.1
Score
Popularity
Activity
Freshness
Jeremy Gutsche Keynote Speaker