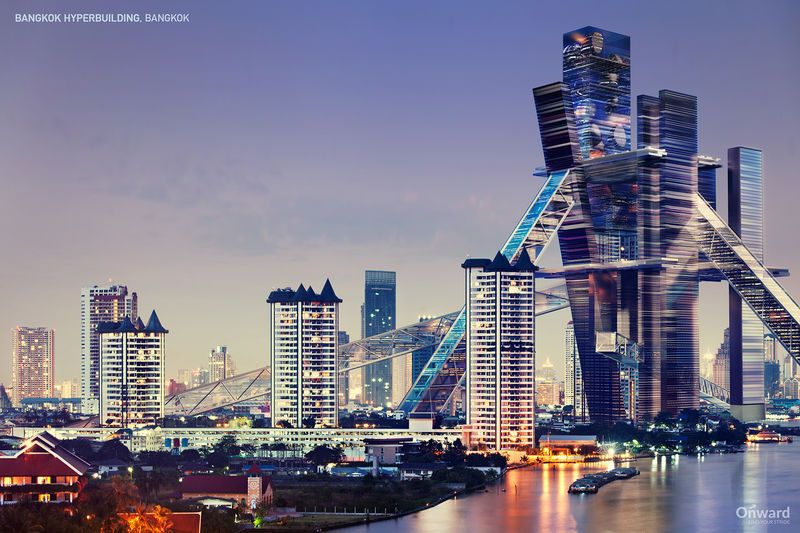 Kalina Ned — July 9, 2018 — Art & Design
References: neomam & onstride
Share on Facebook Share on Twitter Share on LinkedIn Share on Pinterest
Onward – a blog segment that is operated by On Stride Financial, works in partnership with creative agency NeoMam Studios in the development of seven conceptual architecture renderings. As not all forward-thinking designs leave the drafting table, the manipulated images depict the would-be landscape of metropolitan cities. In particular, the project visualizes some of the “most unique and inspirational [proposals] in history” that never made the cut.

The cities that are depicted in the conceptual architecture rendering project include Bangkok, Chicago, Tokyo Bay, Paris, London, St. Petersburg, and New York. The inexistent structures that are visualized in the images prove to be a majestic, beautiful and whimsical addition to the skylines of the cities. However, the projects proved to be either too expensive or too ambitious to build.
3.6
Score
Popularity
Activity
Freshness
View Innovation Webinars