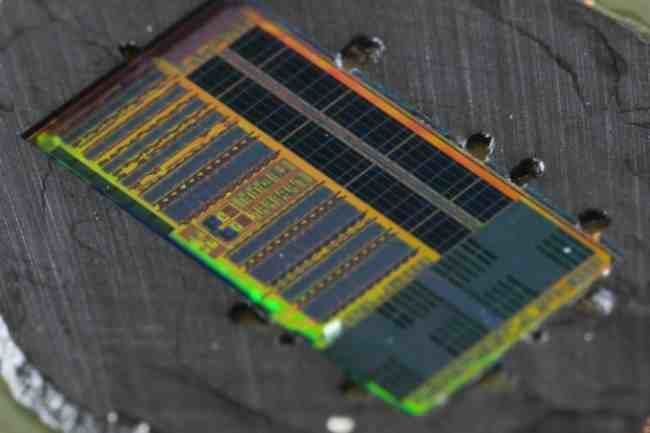 Michael Hemsworth — December 27, 2015 — Tech
References: colorado.edu & damngeeky
Share on Facebook Share on Twitter Share on LinkedIn Share on Pinterest
As researchers continue to innovate in an attempt to find even more efficient ways to communicate and power smart technology, this Light-Based Computer Chip has been developed by a team of researchers from MIT, the University of California and the University of Colorado.

Rather than using electricity like all computer chips do, the Light-Based Computer Chip utilizes photonics instead to make data transfer speeds up to 15-times faster than previously capable. By using light instead of electricity, the chips are capable of being more energy efficient and streamlined.

The 3mm by 6mm Light-Based Computer Chip is capable of providing a bandwidth density of 300GBs per square millimeter, which means more power in less space.