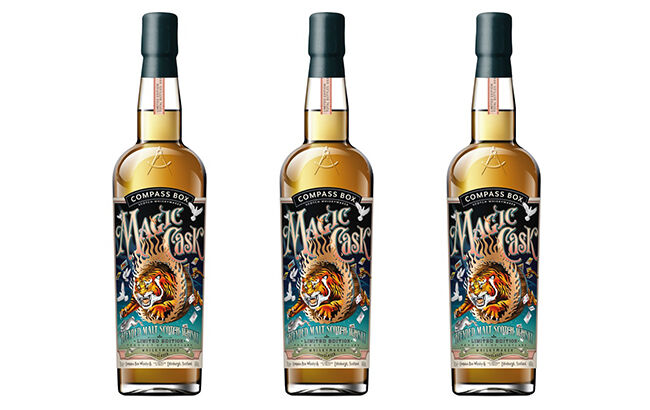 Compass Box founder and whisky maker John Glaser commented on the new launch, stating: “Sometimes just one cask in a blend of many can provide the touch of magic that allows the whole arrangement to sing. We first took advantage of this phenomenon in 2006 when an experimental whisky, finished in an ex-Madeira barrique, led to the limited edition bottling we called Magic Cask. We’re delighted to be able to share with you again the magical influence one exceptional cask – a Sherry-seasoned cask in this case – can have on a recipe.”