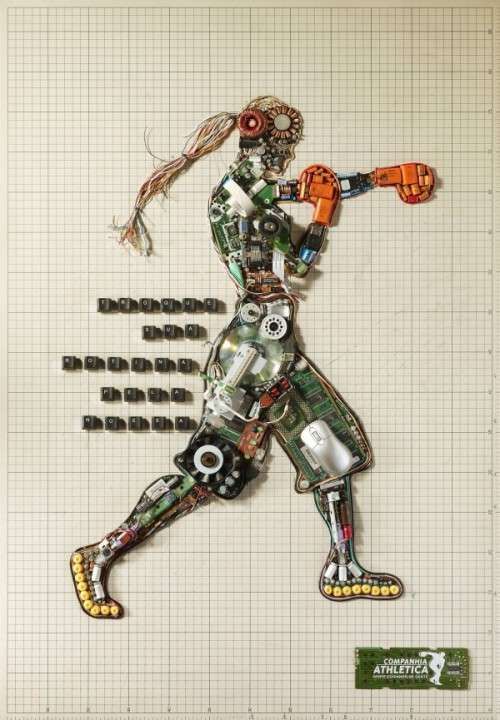 Companhia Athletica Asks You to "Switch Your Routine for Ours"

Meghan Young — August 22, 2011 — Lifestyle
References: cargocollective & neatorama
Share on Facebook Share on Twitter Share on LinkedIn Share on Pinterest
Modern society has become so dependent on computer technology, that many of us would rather browse the Internet or play video games rather than enjoy the outdoors or exercise at the local gym -- and similarly, the Companhia Athletica ad campaign asks you to be more proactive and "Switch your routine for ours."

Created by Murilo Melo, a Brazilian artist, the Companhia Athletica ad campaign is both clever and creative. It features arrangements of computer, game console and television parts, the main technological products that distract us from leading healthier lifestyles. Interestingly enough, by embracing these tech parts, the posters seem to be asking us to simply redirect our energy and passion for these devices to exercise. It acknowledges the fact that modern society will never be able to really let go of such pastimes.
2.2
Score
Popularity
Activity
Freshness
View Innovation Webinars