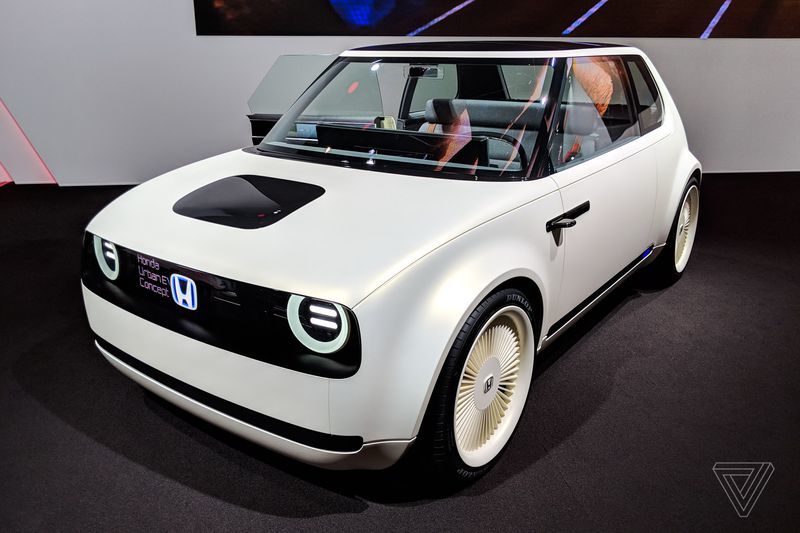 The Honda Urban EV is Going into Production in 2019

Kalina Nedelcheva — March 7, 2018 — Autos
References: honda & theverge
Share on Facebook Share on Twitter Share on LinkedIn Share on Pinterest
Honda debuted its compact electric vehicle concept for the second time at the 2018 Geneva Motor Show and it is described as "a Japanese plush toy made real." The two-door "pugnacious" model boasts a relatively simple design that is not overbearing and can fit as many as four people. The compact electric vehicle embodies contemporary technology and a futuristic exterior with stylistic retro hits, however the interior is more "like a 1970s living room on wheels." The doors, which are rear-hinged, offer a nice variation of traditional car design.

The auto manufacturer announced that once the Urban EV is in its production stages, the car will feature an installed "digital voice-activated assistant [...] that will learn from the driver by detecting emotions behind their judgments."