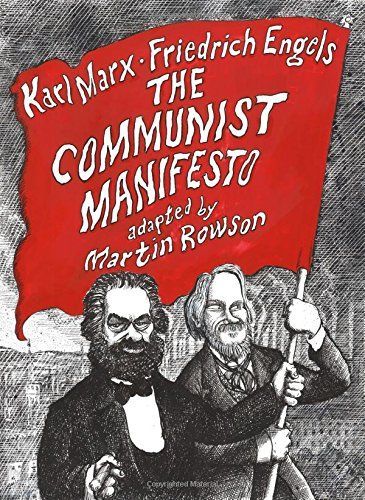 Joey Haar — May 17, 2018 — Pop Culture
References: amazon & io9.gizmodo
Share on Facebook Share on Twitter Share on LinkedIn Share on Pinterest
Marx and Engels' 'Communist Manifesto' has been one of the seminal works of political theory and philosophy ever since it was first published in the middle of the 19th century, but the treatise reads as a bit stodgy by today's standards. Fortunately, the publishers at Self Made Hero enlisted illustrator Mark Rowson to put images to those world-changing words, and the resultant graphic novel adds new life to the 150-year-old piece of writing.

The Communist Manifesto graphic novel doesn't add any new language to the text, relying on illustration alone to imbue the words with any alternative meanings. Fittingly, Rowson stuck to a color palette of only red, black, and white, which is a clear reference to the many political entities that used red to represent their connection to communism.