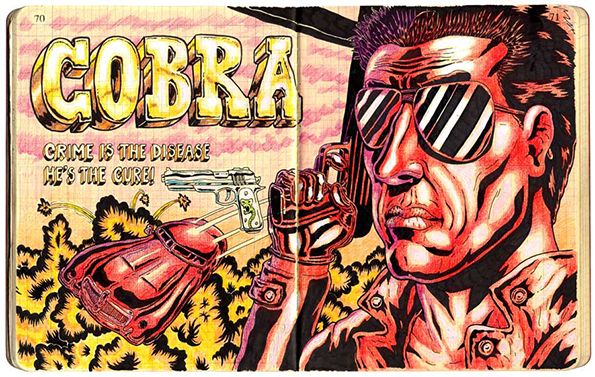 With a derisive sense of humor and penchant for gratuitous violence, Marra's illustrations are immediately eye-catching and amusing. His work features the curvy silhouettes of femme fetales, absurd scenes of destructiveness and hilarious headlines that reader's wont soon forget. For instance, one comic is dubbed 'Fantomah Meets Madam Satan at a Lesbian Bar in Hell,' while another is titled 'LuLu Benedict: Angry Bitch, Vigilante Gangleader.'

Along with the bizarre scenarios and violent episodes, Marra has illustrated a gorgeous image of Beyonce, if Beyonce were a 60s pin-up-turned-Charlie's-Angel. The image follows in the typically irreverent and hyper-sexualized aesthetic that has been seen in Marra's work throughout the years.