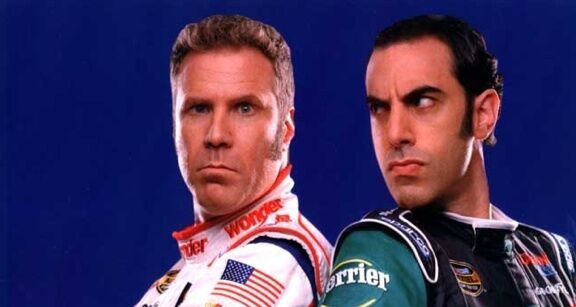 Will Ferrell and Sacha Baron Cohen

Will these two become the next big dynamic duo?

Sacha Baron Cohen will star as detective Sherlock Holmes and Will Ferrell as his loyal assistant, Watson.

This is not the first time those two worked together, as they have faced off as rivals in 'Talladega Nights: The Ballad of Ricky Bobby.' They won an award for the best movie kiss, at the 2007 MTV Movie Awards in Los Angeles. I wonder what they will win this time!

There seems to be magic behind the number two. As it has done wonders for many movies. Favorite celeb duos appear in movies such as The Forbidden Kingdom, Harold and Kumar, Rush Hour, Wedding Crashers, Mr. and Mrs. Smith, among many others.
0.9
Score
Popularity
Activity
Freshness
Attend Future Festival