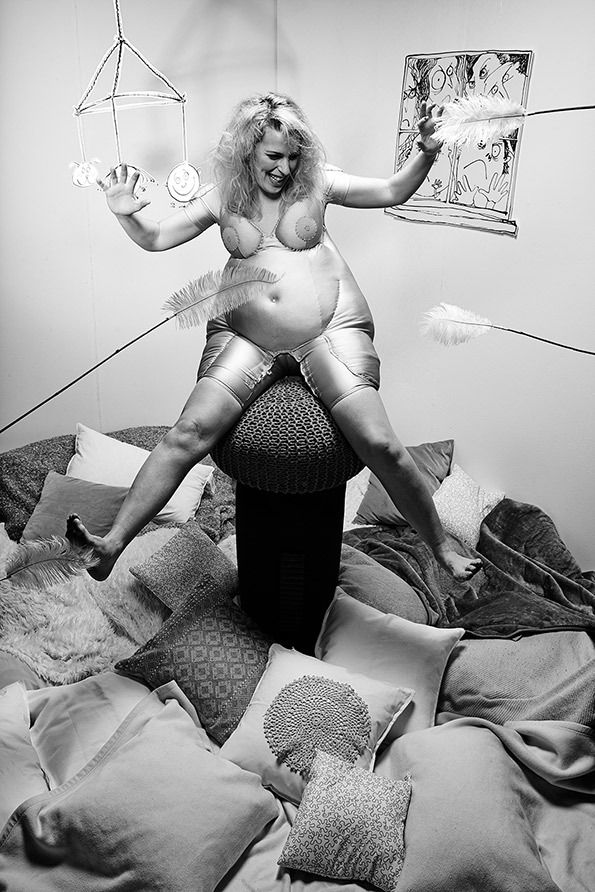 Rachel King's Comedian Portraits Are Good for a Laugh

She began the project by asking the comedians what satire meant to them, and then, with the help of artists India Banks and Frode Gjerklow, creating a set that corresponded to their vision.

The captivating series features comedians such as Davied Baddiel surrounded by his own quips and wise-cracks, and Sara Pascoe in a particularly grotesque fat suit. These images, and many more, can be viewed at the BFI Southbank in London as part of the London Comedy Film Festival.