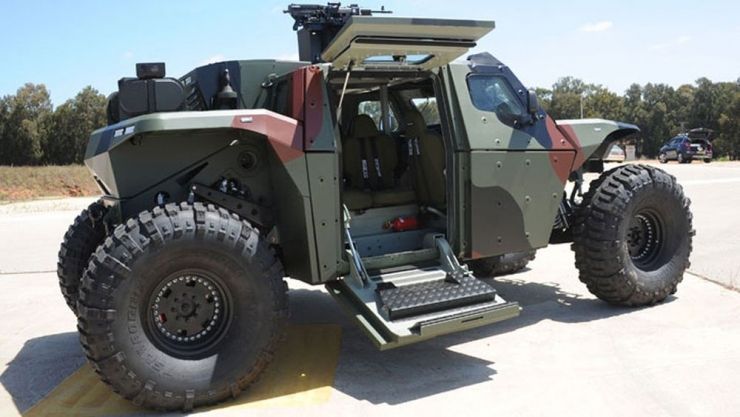 The Combat Guard by Israeli Military is Fast and Defensive

Meghan Young — July 3, 2014 — Autos
References: popsci & dvice
Share on Facebook Share on Twitter Share on LinkedIn Share on Pinterest
While the Combat Guard might not be meant for domestic use for obvious reasons, it is clear that some civilians will be drawn to it as thoughts of apocalypses and survival continue to brew. Whether put in their minds by the media, underground factions or other imaginative sources, they and others will find the Combat Guard intriguing.

Created by a company called Israeli Military, the Combat Guard is full armored and can withstand small arms fire, landmines and IEDs. Outfitted with a 300 horsepower General Motors Diesel engine, it can cover 95 miles per hour, making a quit exit when things go south. The Combat Guard also boasts an electronic countermeasures system called Bright Arrow that can deflect or destroy guided weapons fired at it. Made in Israel, it uses mostly American parts.
4.5
Score
Popularity
Activity
Freshness
Get Trend Hunter Dashboard