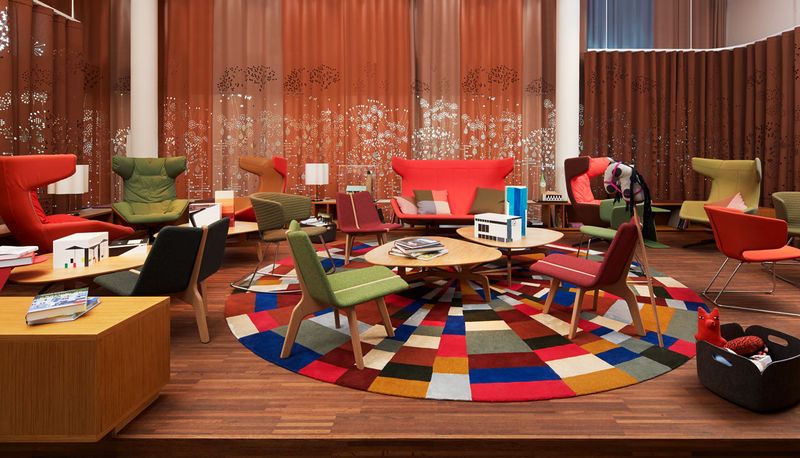 Meghan Young — July 15, 2014 — Art & Design
References: 25hours-hotels & design-milk
Share on Facebook Share on Twitter Share on LinkedIn Share on Pinterest
The 25hours Hotel Zurich West is located in Switzerland's trendy quarter, a fact which most likely inspired its place amongst colorful hotel lobbies. Embracing artistic elements as well as retro ones, the public space is not only a riot of vibrant hues, but also sculptural neon lighting, contemporary clocks and sleek furniture.

As far as colorful hotel lobbies, however, the 25hours Hotel Zurich West is more eclectic than most. A collaborative effort between Zurich designer Alfredo Häberli Design Development, Aeberli Vega Zanghi Architects and Stefanie Häberli-Bachmann, the playful accents immediately sets a fun tone for travelers and locals like. It will be hard not to get excited about the idea of touring the city after enjoying a relaxing sit down in this space.
5.1
Score
Popularity
Activity
Freshness
View Innovation Webinars

Luxe Mountainside Resorts
The Alpina Dolomites is Elegant and Eco-Conscious