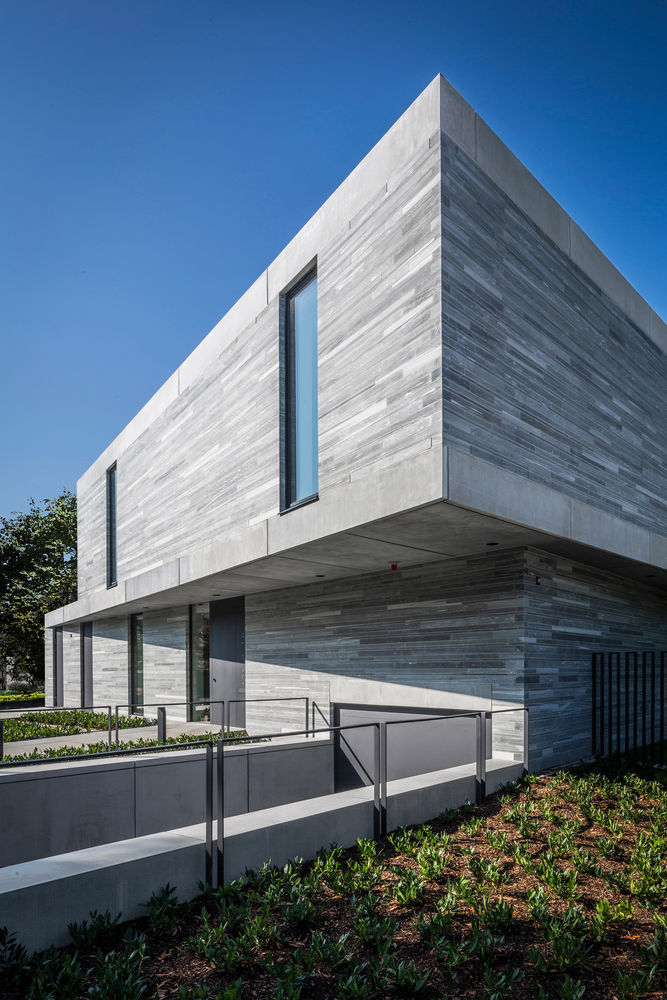 Cologne Hahnwald's Top Storey Juts Out Over the Ground Floor

Joey Haar — January 26, 2017 — Art & Design
References: archdaily
Share on Facebook Share on Twitter Share on LinkedIn Share on Pinterest
The Cologne Hahnwald House, a new residential project from Corneille Uedingslohmann Architekten, has unique design features on both the interior and exterior. Its broader exterior design features two rectangular volumes stacked on top of one another at canted angles, and its interior has a striking private swimming pool.

Because of the layout of the stacked storeys, the upper floor has a significant portion cantilevered out over the ground floor. This gives the interior in that portion of the room a sense of floating -- which is only accentuated by the broad windows.

Further, the Cologne Hahnwald house features a beautiful indoor swimming pool. Originally, the architects were hired to incorporate a pool into the house that previously stood on the property. After seeing that such a task would be virtually impossible given the parameters, the client chose to build an entirely new house on the property instead.
4.4
Score
Popularity
Activity
Freshness
Jeremy Gutsche Keynote Speaker