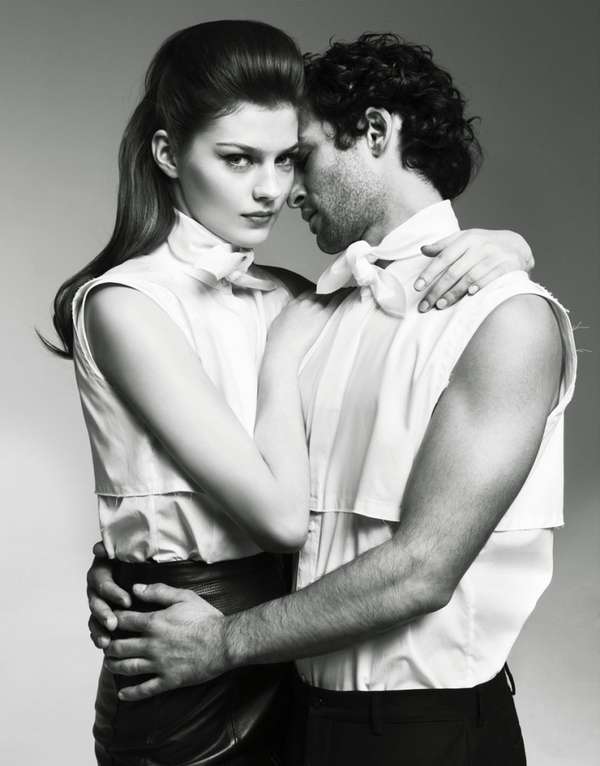 Meghan Young — January 29, 2013 — Fashion
References: uomo.ru & fashiongonerogue
The Collezioni Uomo Cover Shoot is very steamy. Actors Amber Anderson and Nicolas Cazale, who also happen to be the faces of Kenzo fragrances, get comfortable and intimate for the shoot in a way that lends itself to a long-term relationship rather than a hot one night stand. The poses are more emotional than sensual for it to be any other way.

Lensed by photographer Nikolay Biryukov and produced by Anastasia Milovanova, the Collezioni Uomo Cover Shoot was shot in studio. Predominantly captured in black and white, there is also a sophistication to the shoot that tempers the element of sexiness. Although there is a lot of chemistry between the two, the cover shoot is refreshingly tasteful and timeless. They were styled by Natalia Yakovleva.
5.8
Score
Popularity
Activity
Freshness