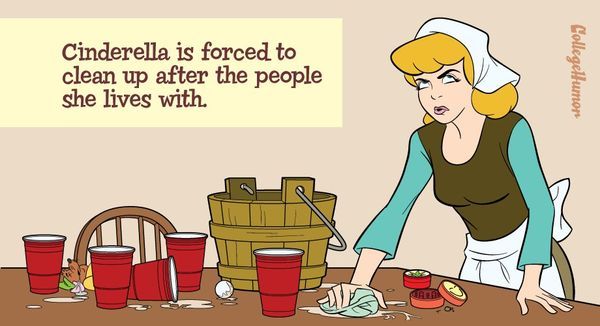 Meghan Young — January 6, 2014 — Pop Culture
References: nerdapproved & neatorama
Share on Facebook Share on Twitter Share on LinkedIn Share on Pinterest
There is a strange fascination with re-imagining iconic cartoon characters in other scenarios, the latest being the College Student Disney Princess cartoon series. Although dressed the same as they are in their original films, unlike the Disney Princess Prom Dress series, they are put into situations that cleverly mimic their original storyline. For instance, Cinderella is captured cleaning up after her dorm mates while Sleeping Beauty continues to sleep all day.

Popstar Disney Memes
If All Disney Princesses Were Replaced with Beyoncé